Ethereum is the largest open-source, blockchain based platform for decentralised applications. It serves as digital currency and can be traded like any other cryptocurrency. If you want to get a better idea of what Ethereum is and how it works, check out the Ethereum News category where you will find all kinds of topics you might be interested in. Even though it is a digital coin just as Bitcoin, Ethereum operates smart contracts and and has its ìtokenî, known as ether (ETH). Take a look at Ethereum News and learn more about smart contracts and distributed applications (shortly called ì–Appsî). This peer-to-peer platform is famous for its free-fraud and free-third-party interference nature. You can find out more about it in Ethereum News today. The network is suitable for running transactions very fast ñ in only a matter of seconds which is much more efficient than Bitcoin transactions, that runs in minutes. Ethereum News today will explain you the processes and nature of this cryptocurrency in detail. Itís definitely an advanced type of digital currency and contracting solution ñ read more about the future of this cryptocurrency in the Latest Ethereum News. It is classified as Crypto 2.0 for a reason, so if you are interested in digital coins, get to know what is going on in the Ethereum ecosystem. You simply cannot miss the Latest Ethereum News, therefore take a quick look and get prepared for the future of trading and transactioning. Itís going to be exciting! 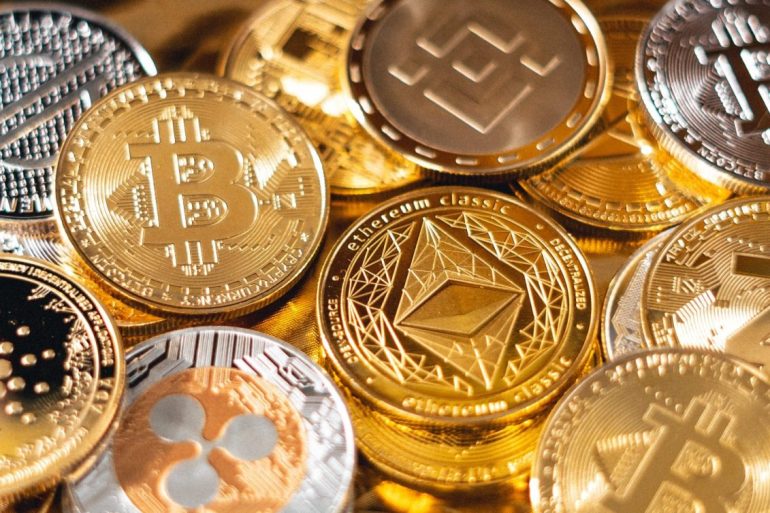 Officials in the EU and US have expressed concerns that Russia might use cryptocurrencies to evade sanctionsThe EU is taking all measures to guarantee that digital assets will not be an alternative for Russia amidst sanctionsUS Senators have asked Treasury officials, how they are overseeing digital assets in the wake of sanctions against Russia

Lawmakers and officials in the European Union and the United States, have expressed growing concern that Russia may use cryptocurrencies to circumvent sanctions meant to pressure President Putin into retreating from Ukraine.

The Finance Minister of France said, ‘We are taking measures, in particular on crypto currencies or crypto assets which should not be used to circumvent the financial sanctions decided upon by the 27 EU countries’.

In the United States, four U.S. Senators – Elizabeth Warren of Massachusetts, Mark Warner of Virginia, Sherrod Brown of Ohio, and Jack Reed of Rhode Island – sent a letter to the U.S. Treasury, asking about the progress the department was making in ‘monitoring and enforcing sanctions compliance by the cryptocurrency industry’.

The four U.S Senators went on to request information on what steps the U.S. Treasury was taking to ensure Russia and sanctioned individuals, were not using cryptocurrencies to bypass global sanctions. They emphasized that the sanction program against Russia needed to be strong enough and inclusive of digital assets.

With respect to compliance with sanctions against Russia, the CEOs of Coinbase and Binance have clarified that both platforms will follow the law and will not lock out ordinary Russian users.

The CEO of Coinbase, Brian Armstrong, went on to explain that the crypto exchange was screening trading accounts against a global watchlist in an attempt to block transactions from individuals and IP addresses, that have been flagged as belonging to sanctioned individuals.

Binance CEO, Changpeng Zhao, issued a similar statement earlier today in which he explained that the crypto exchange was complying with global sanctions against Russia.

To note is that neither Coinbase nor Binance has banned regular individual traders from Russia on their platforms. 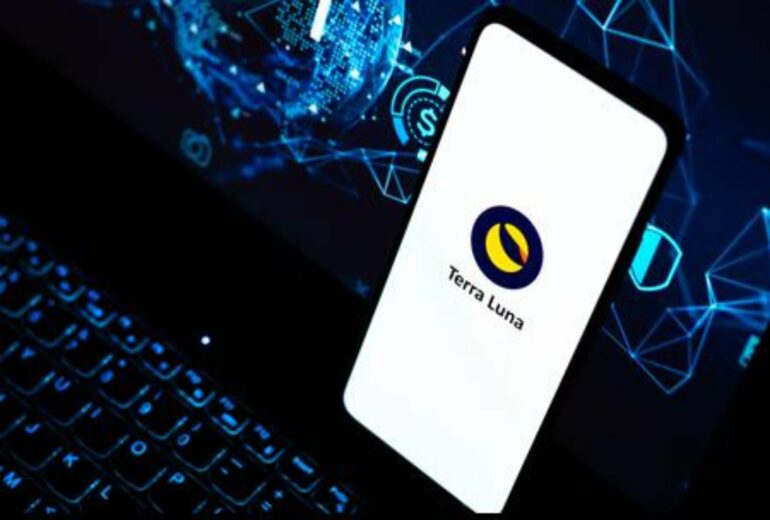 The Luna Foundation Guard has acquired an additional 37,863 Bitcoin worth $1.5 billion to further back its popular stablecoin of UST.

The recent purchase of Bitcoin was carried out in two transactions: $1 billion with Genesis Trading and $500 million worth of Bitcoin through 3 Arrows Capital (3AC). With this purchase, the Luna Foundation Guard now holds 80,394 Bitcoin worth an estimated $3.2 billion at the time of writing.

The acquired BTC brings the LFG‚Äôs total holdings to ~80,394 Bitcoins.

— LFG | Luna Foundation Guard (@LFG_org) May 5, 2022
UST is Attempting to Observe the Bitcoin Standard – Do Kwon

Mr. Kwon further elaborated his vision to CNBC by stating ‘For the first time, you‚Äôre starting to see a pegged currency that is attempting to observe the bitcoin standard. It‚Äôs making a strong directional bet that keeping a lot of those foreign reserves in the form of a digital native currency is going to be a winning recipe.’

He also added that time is the only element left to test out the TerraUSD (UST) project. Additionally, the stablecoin project is particularly important given ‘that we live in a time where there‚Äôs excess money printing across the board and when monetary policies highly politicized that there are citizens that are self-organizing to try to bring systems back to a sounder paradigm of money.’ 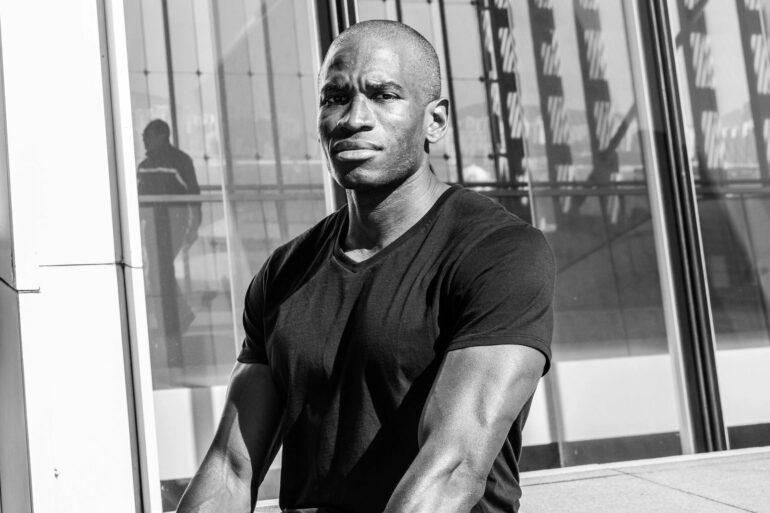 Bitmex’s founder and former CEO, Arthur Hayes, has requested leniency from the judge handling his court caseMr. Hayes is requesting no jail time and permission to live abroad and travel freelyHis lawyers have also asked for probation with no home detention or community confinementArthur Hayes had struck a plea deal that would result in a prison sentence of 6 to 12 months

The founder of Bitmex and former CEO, Arthur Hayes, is requesting leniency from the Manhattan Federal Judge handling his court case.

According to Bloomberg, Mr. Hayes, who pleaded guilty to violating the Bank Secrecy Act in February of this year, is asking for no jail time and permission to live abroad and travel freely. His lawyers also requested probation in preference over house arrest or community confinement. Mr. Hayes’ request to the Federal Judge also included a letter from his mother alongside photographs and letters from his supporters.

The letter to the Federal Judge went on to state:

This is a landmark case that has already had an extraordinary and well-publicized impact on Mr. Hayes‚Äôs personal life and on the BitMEX business that he co-founded.

Arthur Hayes Was Charged Alongside Other Bitmex Execs.

Hayes’ request for leniency comes after he struck a plea deal with the prosecution, which would result in a six to a twelve-month prison sentence.

His legal troubles originated in October 2020 when the Commodity Futures and Trading Commission (CFTC) charged him – alongside two other owners of Bitmex, Ben Delo and Samuel Reed – for operating an unregistered trading platform, violating multiple CFTC regulations and the Bank Secrecy Act, and conspiring to violate the Bank Secrecy Act.

Regarding the latter two charges, all three had been indicted by the US Department of Justice under the US Attorney‚Äôs office of the Southern District of New York alongside a fourth defendant, Gregory Dwyer.

At the time of the initial charges, FBI Assistant Director William F. Sweeney Jr explained that the four defendants violated the Bank Secrecy Act by failing to implement US anti-money laundering requirements. He said:

One defendant went as far as to brag the company incorporated in a jurisdiction outside the U.S. because bribing regulators in that jurisdiction cost just ‚Äòa coconut.‚Äô

Thanks to the diligent work of our agents, analysts, and partners with the CFTC, they will soon learn the price of their alleged crimes will not be paid with tropical fruit, but rather could result in fines, restitution, and federal prison time. 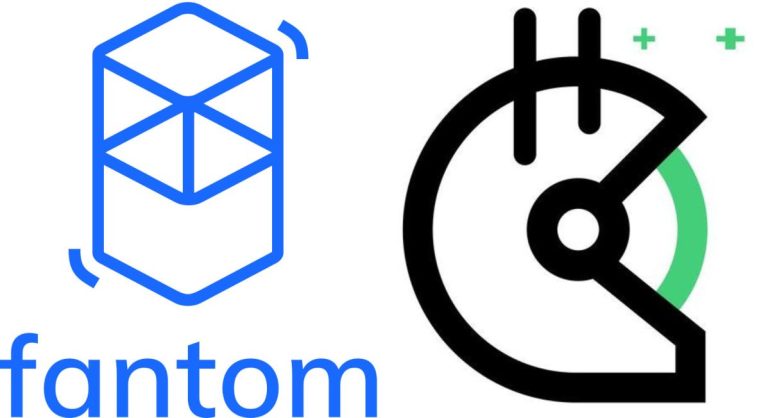 The team at Fantom (FTM) has announced a partnership with Gitcoin Grants that will revolve around an incentive program to fund projects in the Fantom ecosystem.

According to the team at Fantom, 335 million FTM, worth roughly $490 million, has been dedicated to the incentive program.

Gitcoin grants has a proven track record of funding projects in the web3 space. The incentive program will provide a fair playing field for projects to apply and get matched for rewards using Gitcoin’s Quadratic funding mechanism.

Furthermore, Fantom users will decide on the allocation of the funds thus allowing greater FTM matching rewards for projects most loved and supported by their users.

To note is that the Fantom Foundation has retired previous incentive programs both for DeFi and Gaming. Current and pending applicants are therefore encouraged to apply through Gitcoin grants.

Objectives of the Fantom/Gitcoin Incentive Program

In addition, the Fantom/Gitcoin incentive program is geared towards achieving the following objectives.

To better support a wider variety of project types – projects focusing on different areas of blockchain should be treated equally on Fantom. They include and are not limited to, projects working on DeFi, NFT, gaming, education or even infrastructureThe Fantom community is part of the allocation process – the collective wisdom of the Fantom users is highly respected by the Fantom foundation. Decentralized decision making will better serve users as the most deserving projects will get direct support from valuable stakeholdersSupport of smaller teams beginning to build on Fantom – the incentive program aims to support all builders even those starting their creative journeys. Achieving success takes time and the Fantom foundation is well aware of the challenges
Category: Gitcoin Grants
more info...
Bitmex‚Äôs Hayes: Ethereum Could Rise to $10k and Solana to $200
Sat, 02 Apr 2022 12:28:37 +0000 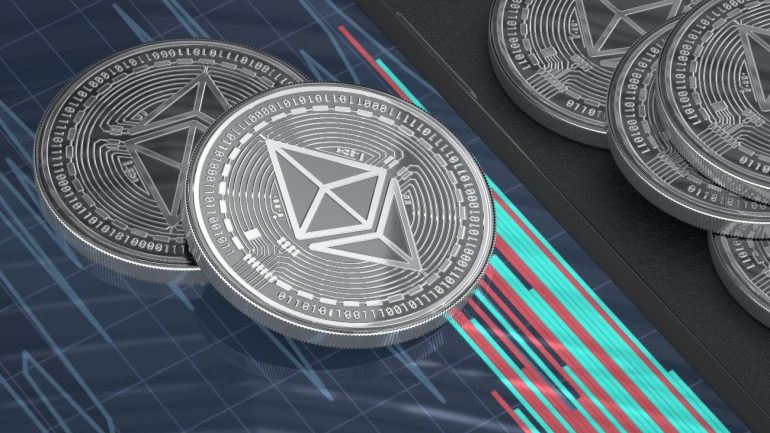 Arthur Hayes has predicted that Ethereum could go to $10,000 and Solana to $200According to Hayes, Ethereum’s rewards in a PoS network makes ETH a bondStakers on ETH2.0 could see 8 – 11.5% APRSolana has the 2nd highest addresses after Ethereum and the price of SOL will benefit from thisArthur Hayes offers a disclaimer that his opinion should not be viewed as financial advice

However, Hayes did not provide a precise timeline for the aforementioned values of ETH and SOL to materialize.

In the informative blog post, Mr. Hayes goes on to highlight that the Ethereum network will soon switch from proof-of-work to proof-of-stake during the merge that is scheduled for later this year.

As 2022 progresses, Hayes expects ‘ETH to significantly outperform any L1 chain that constructed a narrative that it is ‚Äúfaster and cheaper‚Äù than Ethereum’.

He goes on to explain that after the merge, stakers of ETH could earn an APR of around 8 to 11.5%. In addition, the rewards issued to validators ‘renders ETH a bond’. He explains:

Ether is not money ‚Äî it is a commodity that powers the world‚Äôs largest decentralised computer. As I explained in ‚ÄúYes I Read the Whitepaper‚Äù, the Ethereum community clearly decided that ETH is a commodity used to power this computer, not a pure monetary instrument.

Bitcoin does not have an implicit yield in BTC terms at the protocol level. Post-merge, ETH will. Therefore, Bitcoin is money, and ETH is a commodity-linked bond.

Solana Has the 2nd Highest Number of Addresses

With respect to Solana, Arthur Hayes uses the number of addresses to conclude that the network is the second most popular blockchain and will positively benefit the value of SOL. He said.

The number of addresses on a given chain is another crude but useful metric that can be used to evaluate the health of a public blockchain. Ethereum sports 16x more addresses than second-place Solana, but is still cheaper on a Price / Address basis.

Also worth mentioning is that at the beginning of the blog post, Mr. Hayes has issued a disclaimer in which he states that all views expressed in the article are his. Furthermore, they should not form the basis of any financial decisions nor be construed ‘as a recommendation or advice to engage in investment transactions’. According to ethereum.org: “Layer 2 (L2) is a collective term to describe a specific set of Ethereum scaling solutions. A layer 2 is a…